A skilled and sustainable workforce for a healthier Scotland

After over eighteen months of development including consultation and engagement with individuals and groups across the country, Scotland’s first Bereavement Charter for Children and Adults was launched in spring this year.

It was developed to support individuals and communities who are struggling with the death of someone they know. It represents a vision of Scotland placing bereavement support centrally within a human right to well-being.

Dr Donald Macaskill (Chief Executive, Scottish Care) who leads the development group describes the work in more detail in the short video below

The Charter (which includes 13 statements), together with guidance notes and FAQs, was developed by a coalition of individuals and organisations including NES. The guidance notes are being reviewed on an ongoing basis and an updated version is expected to launch before the end of 2020.

Each organisation involved is highlighting a different statement as part of a social media campaign to promote the charter using the hashtag #BecauseGriefMatters this autumn.

In October, NES focused on the fourth statement:

“Scotland should be a place where there is an open culture which is supportive of people having the opportunity to grieve”. 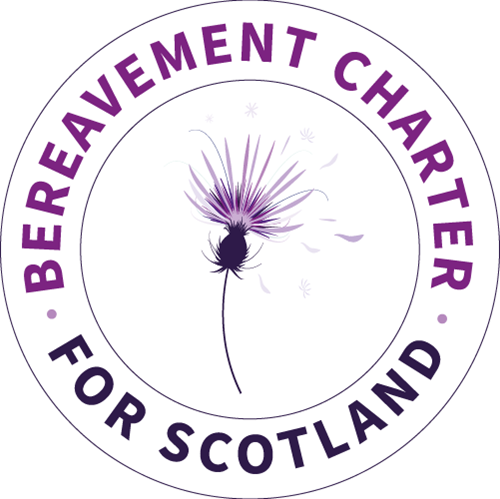 These resources support the principles outlined in the charter. Some examples of that work include:

For queries about the Charter or NES’s bereavement educational resources please contact SupportAroundDeath@nes.scot.nhs.uk

You can also sign up for NES Bereavement's quarterly e-newsletter to be kept informed of newly launched educational resources. Catch up on the latest Bereavement Update Autumn 2020

Nursing and Midwifery - Here for Life